This article was originally published on Rabbis.org.

as presented to the Executive Committee April 29 2009
by

This document has received the approval of Rav Hershel Schachter and Rav Mordechai Willig.

In this outline we present protocols for community Eruvin to be maintained at an appropriate Halachic standard, based on experience. Proper standards can be met by strictly adhering to the outlined protocols. We shall focus our discussion on four components that are crucial to the success of a community Eruv – the Posek, the community Rav, the weekly inspectors, and the community. 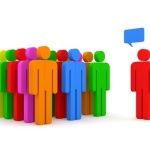 Creating and maintaining proper Eruvin involves complex Halachic issues. A Posek of eminent stature must be consulted to issue Halachic rulings regarding a community Eruv. The qualifications of someone to serve as a Posek for a community Eruv are as follows:

The Posek must set standards and protocols for the community. He must set optimal standards as well as emergency (Sha’at Hadechak) standards such as when a problem arises shortly before the onset of Shabbat. He must establish protocols in determining the standards for both the creation of the Eruv and maintaining the Eruv. For example, he must establish how often utility wires be inspected and if river banks or used, how often they must be checked to insure that they remain at a proper angle and height to serve as part of an Eruv. Rav Gavriel Bechoffer, author of the Contemporary Eruv, has suggested that the Posek should be asked to review the Eruv twice every seven years (following the Mezuzah model, Shulchan Aruch Yoreh Deah 291:1).
No change in the Eruv should be made without consulting the Posek. 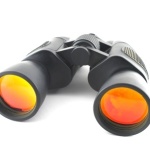 The Community of Users 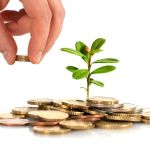 Partial List of Issues to be Discussed with the Posek 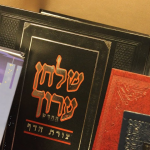 In contemporary Orthodox communities in North America an Eruv is an expected amenity and the responsibility falls on the community Rav to properly maintain the Eruv. Indeed, the Halacha expects that an Eruv should be established whenever it is possible to do so (see Eruvin 67b-68a, Mordechai Eruvin number 515, Teshuvot HaRosh 21:8, Teshuvot Chatam Sofer Orach Chaim 89 and Teshuvot Har Zvi O.C. 2:24). However, not all community members are sufficiently sensitized to the time and effort that is necessary to achieve the goal of maintaining a kosher community Eruv. Many if not most Rabbanim are severely overburdened and cannot in most cases be expected to maintain the Eruv without abundant and generous communal support. The support must be both financial and willingness to devote time to insure its success. On the other hand, community members cannot be expected to successfully maintain an Eruv at an appropriate Halachic level unless the local Rav is involved with the Eruv on an ongoing basis. The synergy of Rav and community will insure that our Eruvin remain at the same high standards it was at the time of its creation.
__________________
Rabbi Jachter is frequently consulted regarding the construction and maintenance of community Eruvin. He has built Eruvin from scratch, redesigned Eruvin and improved existing Eruvin. Among the communities he has assisted are Allentown, Pennsylvania; Ann Arbor, Michigan; Bayside, Queens; Bradley Beach, New Jersey; Camp Dinah; Englewood, New Jersey; Linden, New Jersey; Longmeadow, Massachusetts; Mount Freedom, New Jersey; Overland Park, Kansas; Oakland, California; Pelham Parkway, Bronx, New York; Roslyn Heights, New York; Sacramento, California; San Francisco, California; Scarsdale, New York; Stamford, Connecticut; Teaneck, New Jersey; Tenafly, New Jersey; Vancouver, Canada and West Orange, New Jersey.